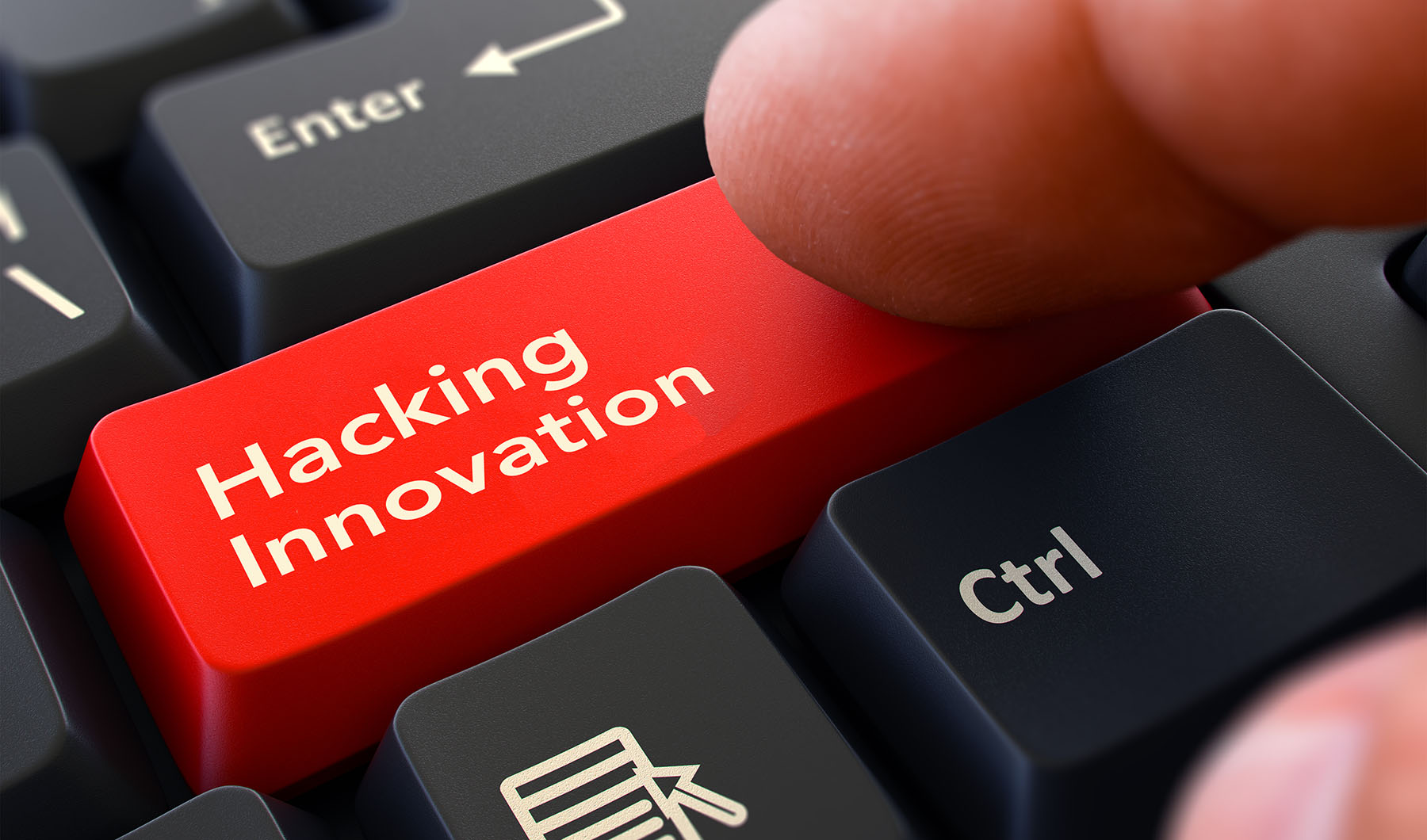 Innohacking is an emerging new process of ideation for developing disruptive business models more effectively. Its roots are based in the concept of “growth hacking” — a process used by Internet marketers that leverages rapid experimentation across the marketing funnel, product development, sales segments, and other areas of the business to identify the most efficient ways to virally grow a business. Used by companies like Dropbox and AirBNB, those who understand growth hacking will enjoy a competitive advantage that is difficult to overstate.

Hacking itself, in this context, is then defined as finding a leverage point or vulnerability in a system, and exploiting it to your advantage. Thus, when you “hack the system”, you expend only a limited investment with hopefully exponential gain, and this should be applicable in any disciple. Our goal is to apply the concept of hacking to the core ideation process that drive innovation.

Here are eight simple “innohacks” you can use to seek undetected market opportunities, perform more insightful ethnographic needsfinding, generate deeper insights or simply be more creative. Most are general purpose, and some are specifically formulated to detect opportunity spaces in arenas like blockchain and quantum computing.

1) Tacit frustration — the first hack is to look for significant but unspoken frustration that is subconscious, i.e., users are not aware of their frustration level or believe it to be entrenched and unavoidable. A great example of innohacking is to look at Uber. Most people assume that when a taxi is late, or impossible to hail because it’s raining… that’s just the way it is, so gripe a little to relieve stress, or be zen about it and accept the reality of the situation. Innohackers have learned to see that disruptive innovation is essentially being able to see that something is broken, when everyone around you can’t. So when others hopelessly griped about taxis, Uber thought, “My god, this is a huge opportunity.”

2) Hidden capacity — the second hack is to look for some unused resource that, again, people are not aware of or is hidden in plain sight. Ideally, this should be massive underutilized potential that could be applied to your customer need. Returning to Uber, massive underutilized potential in the millions of people who drive alone and wouldn’t mind making a little extra money giving rides.

3) Make the impossible possible — therefore, the third hack is seek to make the impossible possible. This means you need to add something that is unthinkable to the solution, or to remove what is seemingly essential. Returning to Uber, consider that it is the world’s largest taxi company that does not own a single taxi. Or this could be a perfect juicy hamburger, just without the beef, as in Beyond Beef. Or to give away your core product for free to insure revenues. This is a chance to rethink your assumptions to look for blind spots in the business model.

5) Decentralized versus centralized eco-systems — Another effective hack is to think about how the use of blockchains could impact the eco-system and existing business models. Whereas the Internet has been about disintermediation — i.e., the act of removing middlemen, the blockchain is about the removal of centralized authorities that serve as a deeper form of middleman. Now we need to look beyond Uber and AirBNB for illustrative examples, you have to look at something like Ripple. Instead of a network of correspondent banks to enable international funds transfer, Ripple uses a form of algorithmic trust that can bring the cost of a wire transfer from $30 to a few cents, and the time required from days to seconds.

6) Discontinuous vs continuous change — this hack is for navigating highly disruptive market phase transitions, such as the coming market shift due to quantum computing. The idea is that quantum computing can process things a million times faster than classical computers, so it breaks the model of the continuous change enabled by Moore’s Law, which is slowly approaching its end of life. When you think of the possibilities of computers a hundred million times faster than current computers, it forces you to think differently about things. Now you can consider the possibilities of applications that predict the weather accurately, invent miracle drugs, solve climate change. By focusing on making the impossible possible, you can begin to create a quantum algorithm that could change the world.

7) Think like Richard Feynman — Speaking of quantum computing, we can take a tip from the inventor of quantum computing, the Nobel prize winning physicist Richard Feynman. There is a creative process used by da Vinci, Einstein, and Feynman. Da Vinci believed that to solve a problem you begin by learning how to restructure it in many different ways. He felt that the first way he looked at a problem was usually too biased, but with each “shift in his mind” his understanding would deepen and he would begin to understand the essence of the problem.

8) Leverage the global brain — Growth hacking requires finding a distribution system to hack. For innovation, you need to find an ideation system to hack as well, and there is none better than the entire world. The key is to find a loyalty/incentive that will generate the excitement required to reach a large enough body of innovators to assist you in the generation of ideas. The real key to innohacking is access, incent and activate other brains in your network — because this is viral ideation and brainstorming.

To conclude, remember that the purpose of innohacking is to unchain the brain — which means to come up with not only an astonishingly high number of great ideas, but really brilliant breakthrough ideas as well. However to implement the facilitation of a network of committed brains — to come up with better ideas and to express those ideas more effectively and fluidly –you need to transform multiple interlinked systems. It isn’t enough just to innohack.

You can learn more about this approach, by reading this more comprehensive article: https://medium.com/@moses.ma/innohacking