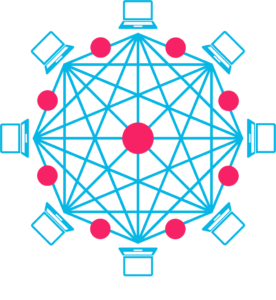 The rate of change continues to increase, and at such a pace that many of us are beginning to feel left behind. Sure, many new concepts, technologies and innovations become passing trends or fads, so one would think, why bother? But some don’t. The ones that make it, like word processing and spreadsheet software or web browsers or mobile apps, end up changing everything. The blockchain is one of the ones that is destined to endure. If you intend to remain purposeful, and to contribute meaning, value and service, then it’s imperative that you become acquainted with this new way of thinking and computing. Decentralization, blockchains and crypto are here to stay and they will change the world as we know it.

For example, cryptocurrency has been quite ubiquitous recently, on virtually every newspaper's front page and the top conversation topic at parties. Quick fortunes have been made. And quite a bit of money will be lost. But the real value is in the technology that's behind cryptocurrency, the blockchain. It’s imperative for anyone operating in the world today to become familiar with it. And that's what we're offering in a new workshop... an experiential approach to understanding the blockchain, that will strengthen your intuitive sense for cryptocurrency, ICOs, decentralized identity, whatever comes at us. It's called Grok the Blockchain, and FutureLab has partnered with the legendary workshop leader and business coach, Terry Tillman. 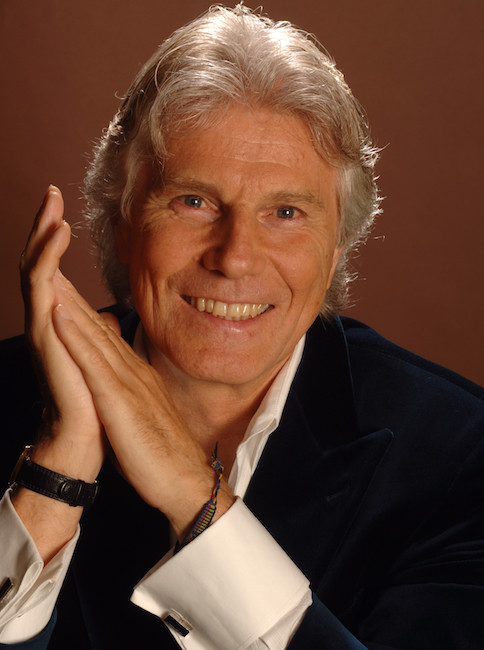 Terry is an amazing teacher and coach. He is a scout. He goes out there, way out there, beyond the edge, to gather information and experience, and brings it back, offering “a way” for others to make sense of things. Since 1977 he has led personal growth, effectiveness, motivation, team building, culture change and leadership seminars for over 250,000 people and 40 companies in 98 countries. Recently he has been pioneering experiential education seminars for large groups of 2,000 to 15,000 participants. A Stanford graduate, he has had a keen interest in technology since taking computer programming classes in the 60s. He is paired in this workshop with Moses Ma, who manages FutureLab's Blockchain Research Lab, and who is also a Venture Partner at SparkChain Capital. Today, he’s working on breakthrough blockchain projects like Verifiable News, a W3C initiative to create blockchain based counter-measures to combat fake news. Combining their expertise, this workshop will be truly unique and exceptional.

There's a famous study on Alzheimer's based on the study of 700 nuns, called the Nuns Study, that has revealed very interesting findings, like the possibility that folic acid may help stave off Alzheimer's disease, and that a cascade of barely perceptible micro-strokes may trigger dementia. But the most striking finding is that the nuns who packed more ideas into the sentences of their early autobiographies were less likely to get Alzheimer's disease six decades later. It was found that in those autobiographical essays, linguistic density (e.g., the complexity, vivacity, and fluency of ideas) was a significant predictor of the author's risk for developing Alzheimer's disease in old age. Roughly 80% of nuns whose writing was measured as lacking in linguistic density went on to develop Alzheimer's disease in old age; but, of those whose writing expressed complexity of ideation, only 10% later developed the disease.

What this means is that thinking hard is like high-intensity interval training for the brain. Ideation and cogitation is good for you. And that's what this workshop offers, a chance to figure this new blockchain puzzle out sooner than your competition does. However, our approach is unique. We blend the best available technological insight with an experiential methodology that produces intuitive insight, so the bigger picture falls into place. So it makes a kind of sense.

When Moses was a freshman at Caltech, a physics major, he had the rare privilege to take a class from the famous Nobel Laureate physicist, Richard Feynman. Even though he aced every test and every class in quantum mechanics, Moses confessed to Dr. Feynman that he simply couldn't get an "intuitive sense" for quantum behavior. An intuitive sense is all important, because without it, you can't create a path for invention to flow. Creativity is sourced in our intuition. Feynman told him that he believed that human beings who live in a Newtonian world simply cannot "spontaneously" develop a gut feeling for quantum theory, as we might for understanding how billiards move and behave on a pool table. However, when you become intimate with quantum phenomena, and more importantly, allow yourself to be immersed in the beauty of it... you can develop a different kind of intuition, one that is oddly counter-intuitive. This new sense can emerge only after we shift our way of seeing and thinking to the new paradigm. Quantum intuition is thus counter-sensical, self-referential, non-linear, and zen-like.

This is what we're trying to achieve for participants in the workshop, to enable a mindshift that makes it possible to see and think in a new way. So everything falls in place and makes sense. Once you looking blockchains with new eyes, and you can move beyond fear and out of your cognitive comfort zone, creative thoughts will begin to flow.

There's a term in Zen Buddhism, kenshō, which means to suddenly see into the true nature of a thing, an insight into something conceptually ungraspable, an awakening that can blossom into mastery. And so, this Grok the Blockchain workshop is designed to bring you to a state of kenshō on blockchains. Drawing on decades of study, practice and experience, the workshop conductors have woven proven innovation techniques with powerful transformational exercises to help you and your team unlock the deeper meaning of blockchains, so you can develop strategies that can enable exponential business models and nurture self-actualizing eco-systems. 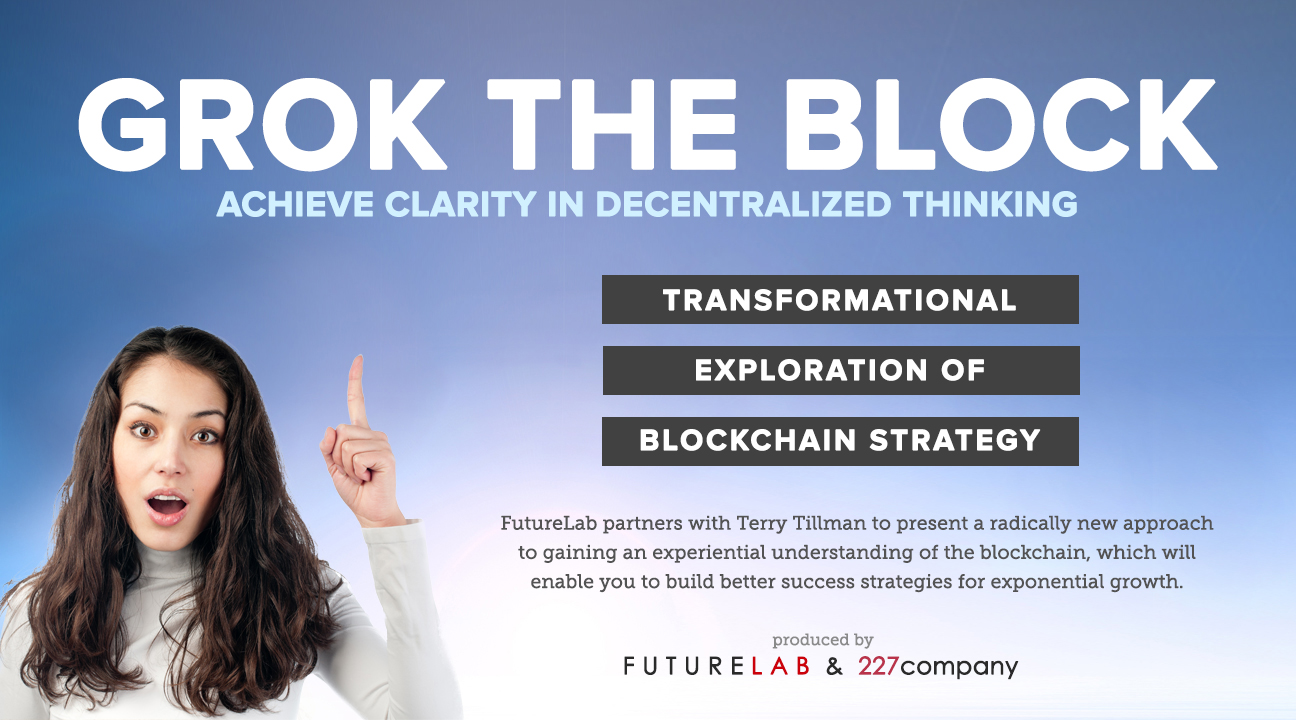