Mindfulness and the Agile Process 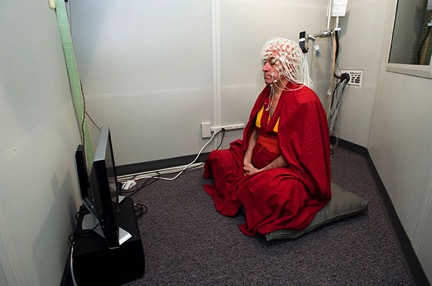 In Buddhist theory, there are four mental attitudes – aka “divine abodes or states of mind” – which provide an ideal way of conducting ourselves with others. They are considered to be paths toward inner peace, a way to heal wounds suffered in the struggle of daily existence, and a path to “mindfulness” in action. Mindfulness is the practice of maintaining a nonjudgmental state of heightened or complete awareness of one's thoughts, emotions, or experiences on a moment-to-moment basis. And for us personally, we’ve found that they also comprise an excellent way to manage a scrum team!

So what are these four states of mind? The sublime “abodes” for consciousness, as taught by the Buddha and reinforced by every Buddhist teacher, are:

The true value of these mind states goes far beyond project management –– they can lead to a deeper understanding of leadership. This is because attitudes like compassion and loving-kindness can level social barriers, build a greater sense of interconnection amongst team members, and help to revive joy and hope in a common goal. These four attitudes not only help us sow the seeds of harmony and collaboration in our teams, but they can also improve our inner health and happiness and guide us in the development of our intrinsic humanity.

Let’s dig in, starting with equanimity, or upekkha in Sanskrit, which is defined as the ability to remain calm and agile, with an evenness of temper, especially in a difficult situation. This is clearly a requirement for any serious scrum team, because of Murphy’s Law: anything that can go wrong, will go wrong. However, the sign of professionalism is getting the job done on time, under budget, and with enough value that the customer is delighted, no matter what, even amidst tremendous obstacles. Think of it like this – imagine being on a ship when. at the first sign of storm clouds, the captain screams “Oh my god, we’re all going to die!” After that, he proceeds to be hugely ineffective at actually navigating the storm. What you want is a captain and crew that are calm, collected, and super effective when that storm hits. This is only possible with a sense of equanimity, which is another way of saying courage under fire. We all want to work with someone who can be a calming presence during a storm.

A more complex and nuanced state of mind is sympathetic joy, or mudita in Sanskrit, which is defined as “being happy in the joys that others feel”. Some call it the opposite of envy, but there’s more to it than that. Imagine that one of the programmers on your team, a user interface coder, presents a really clever user interface widget – it’s pretty to look at, offers crisp animations, and is designed functionally. More importantly, he or she is really proud of it, and smiles when presenting it. Now, your typical big company project manager might say, “good work, and you got it done under budget too” – but doesn’t actually get it. If you could share that programmer’s joy and sense of creative achievement, or even acknowledge his or her visible emotions in words, even when you don’t really understand it (“Wow, you look delighted!  Way to go!”), the result will be that he or she would feel that you truly understood and appreciated the effort their creation required. This offers deeper emotional rewards than you could achieve with monetary bonuses alone. Thus, you as an Agile scrum master don’t need to know how to code something, but it really helps if you can appreciate their creativity, or the sheer effort it took to code it, by sharing a state of creative empathy.

This leads us to compassion, or karuna in Sanskrit, which is actually very hard to define. Most corporations fear compassion, as that might encourage employees to come up with excuses for not performing. A better definition was offered by Thich Nhat Hanh, who differentiated the Buddhist concept of compassion as “the intention and capacity to relieve and transform suffering and lighten sorrows.” Therefore, it’s not about showing lenience toward members of your scrum team in a way that could reward failure, but rather, to instill a desire in your team, through your collective work, to make the scrum team experience resonate at an emotional level: to engage in work with meaning and in a meaningful way; to help every team member achieve personal and professional goals beyond the current engagement; to constantly reinforce the meaning of your work, so it becomes part of every sprint and present in the daily cadence of development. Thus, our definition of compassion is to bring to the team and community in which you live and work… the gift of shared passion.

Finally, let’s discuss the meaning of loving-kindness, or metta in Sanskrit, which is defined as universal love, but in reality, is much, much more. It is the embodiment of empathy, kindness, generosity, benevolence, fellowship and non-violence. It is a meditation to open your heart so that it literally radiates love to the world, because love, after all, is the most fulfilling emotional state that we can know. Metta is the fulfillment of the emotional and spiritual development of every human being. Achieving a state of true loving-kindness would take a lifetime to understand and master. However, by making small mindful steps in that direction, you’ll still achieve pretty amazing results.

Now, the challenge with loving-kindness is that the business world is afraid of it. Most senior executives would call such a person a “new age bliss bunny”, someone who is so full of love that he or she would forgive the team for missing deadlines and failing. In general, venture capitalists prefer patriarchal CEOs, and believe there’s no room for love in the cold, hard world of business. I disagree. Consider that the Dalai Lama is not a bliss bunny; he is a wise and compassionate human being, and able to run an effective global organization as well. Many other business and government leaders aspire to embody more enlightened states of mind because they realize that more can be achieved in an environment where humans are treated as co-creators of excellence, not merely as a means to an end.

So, how can you achieve these higher states of mind in business, whether as the scrum master or CEO? How can you use them to empower a new and more effective form of leadership? How to do this is best explained in this terrific parable about the butcher who met the Buddha…

The butcher listened to the Buddha's lecture about karma, and after the lecture, waited in the satsang line to ask a single question: “how could he, a butcher who had taken so much life, ever achieve enlightenment and Buddhahood?” The Buddha responded, “the moment you drop the killing knife, you become the Buddha.”

Translated into modern terms, this means that you, in any position of leadership, can, at every opportunity, choose not to be an a**hole and do the right thing. Or as Google puts it, “Do No Evil”. Instead of stealing the idea of a co-worker, exercise sympathetic joy and acknowledge and encourage their creativity. Instead of being insensitive, enjoy equanimity by chilling out and listening. Instead of criticizing your employees, drop that knife and practice compassion. That is how you employ these divine states of mind – by choosing them at every opportunity to transform fear into love, and to overcome the compulsion to be the boss that everyone hates.

If by chance, you do want to try an actual meditation-in-practice, by yourself or with your team, try the loving-kindness meditation, where you direct the emanation of love energy toward others, proceeding from the easiest person for you to love to the more difficult. For instance, when meditating on loving-kindness, start by focusing love on the aspiration for your own well-being, and then gradually expand to those working on the entire floor, in the entire building, in the entire city, etc. Also, try expanding your feelings of compassion to those who are harder be kind to… you know, the a**holes.

As the Buddha said, "What a person considers and reflects upon for a long time, to that his mind will bend and incline." Therefore, practicing these meditations will help your mind harbor less resentment, tension, and irritability, and the reverberations of this will subtly improve your work and collaboration. At the same time, the daily application of these practices with others will subtly infuse your own meditation practice. This is why, in the practice of Buddhism, developing the sublime states requires the combination of practical conduct with formal sitting meditation.

Why not give it a try? CEOs like Ray Dalio of Bridgewater, the world’s largest hedge fund, Marc Benioff at Salesforce.com, Arianna Huffington of the Huffington Post, and Tupperware CEO Rick Goings all swear by meditation. Steve Jobs said that he got his best ideas after meditating! Bob Shapiro, the former CEO of Monsanto, turned offices into meditation spaces. Steve Rubin, former CEO and chairman of United Fuels International, says practicing meditation gives him a "laser-like focus" and is a competitive advantage in the business world.

Also, meditating on compassion and loving-kindness can make you happier. Here’s how: neuroscientists from the cutting edge Center for Healthy Minds at the University of Wisconsin hooked up Mattieu Ricard, a 66-year old Tibetan monk and geneticist, to 256 neuro-sensors, to see what would happen to his brain when he meditated on compassion. During the experiment, Ricard’s brain produced gamma waves that literally went off the charts – an intense amount of activity in his prefrontal cortex, equating to a massive capacity for happiness, according to researchers. Ricard claims meditation is the secret to his blissful success. “Meditating is like lifting weights or exercising for the mind”, Ricard says, “Anyone can be happy by simply training their brain”. In order to spread the message about increasing happiness, Ricard authored his first book, Happiness: A Guide to Developing Life’s Most Important Skill. The profits from this book are used to fund over 100 humanitarian projects.

In closing, these states of mental perfection are meditative practices in Buddhism, and your team at work can provide you with the ideal environment to practice them in action. This daily practice will allow the four qualities of equanimity, empathy, compassion, and loving kindness to sink deep into your heart so they become spontaneous attitudes not so easily disturbed by the pressures of our fast paced and stressful world. Also, you will find that they will unfold and expand in your life and in the lives of your co-workers and beyond. They will break down barriers, they will enhance communication and openness, and help your team transcend fear to move into the space of pure, unconstrained business creativity and agility.